Photo of the Week #4 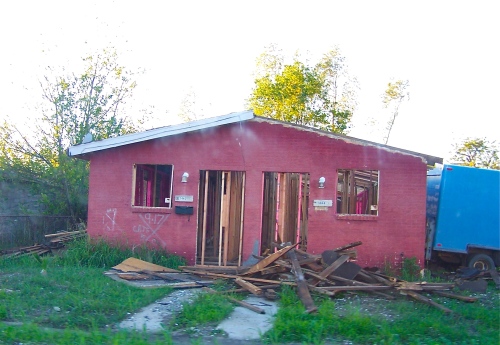 Twelve and a half years ago, these two storms gave New Orleans a double-punch of hurricane winds and water.

In December, 2012, this photo was taken. What happened to the folks who lived in this house? Where are they now? Will this house be rebuilt or torn down or simply decay in its abandoned state?

Just one block from the levee, surely it was inundated. More than a few times. It’s a miracle it still stands at all.

Such were some of the sights seen on the Voyage of the Tramper.

This entry was posted in Photos, RV Living, Strange Sights, Travel in the USA and tagged History, Jane, Photo of the Week, Random Thoughts, Road, travel. Bookmark the permalink.