A long time ago, I was talking with a patient who was telling me about her extensive travels around the U.S. I asked “What was the most wonderful place you have visited?”. She said, without hesitation, “Mesa Verde!”. It was the most beautiful place she’d ever been.

So when our random travels took us near, we stopped to take a look. 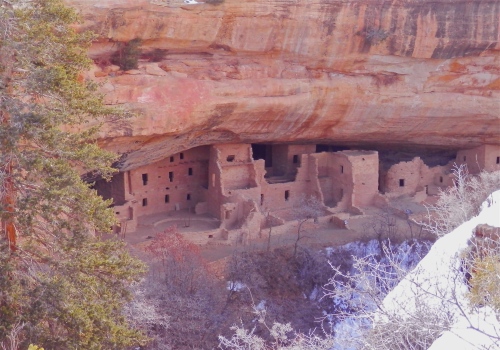 We toured Spruce Tree House ruins. One of 4,000 sites of archaeological significance in the park.

And Mesa Verde is beautiful! I probably would not go so far as to say it’s the most beautiful place we’ve seen. But it’s certainly way up there!

It’s interesting that the very best thing about Mesa Verde was – our Park Ranger guide! Ranger Sean Duffy of Rochester, NY was not only chock full of deep knowledge about the park, he gave us a really great performance of his informative tour. It’s as if he’d trained as an actor. He really animated what might have been a dry (no pun intended, it’s very dry out West!) talk. It was fun and funny and by the end, we wanted more! 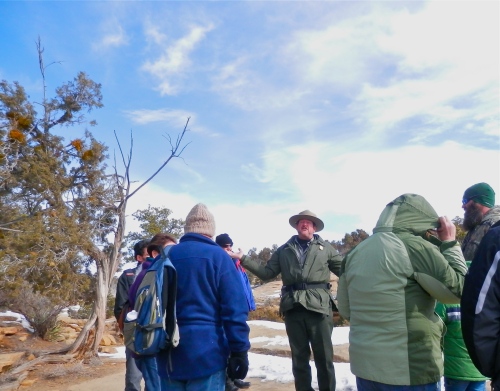 Sean Duffy gives us some background and insight.

Here’s something that Sean taught us, in his own inimitable way: Do you remember hearing about the mysterious Anasazi people? The ones who inhabited the cliff dwellings at Mesa Verde and then disappeared forever into history? There was much speculation about who they were and where they went. Was it climate change? Disease? They vacated these beautiful villages long before Europeans arrived with their guns and germs and Manifest Destiny. 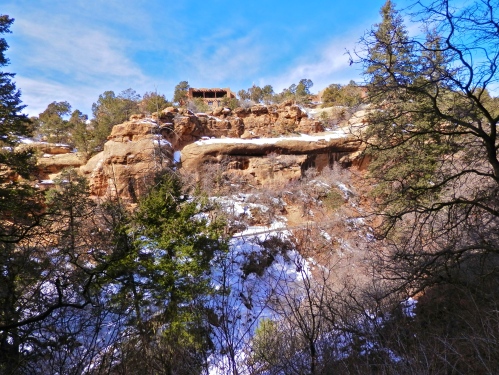 Spruce Tree House ruins are in the bottom of this canyon. At the top is the ranger station where our tour began.

Now, however, anthropologists believe that, for whatever reason, they just moved elsewhere. That the Anasazi, now called Ancestral Puebloan, are the distant relatives of the Ute, Hopi, Acoma and Navajo people. Now these tribes live in the surrounding area; in Arizona, Utah and other Western states. 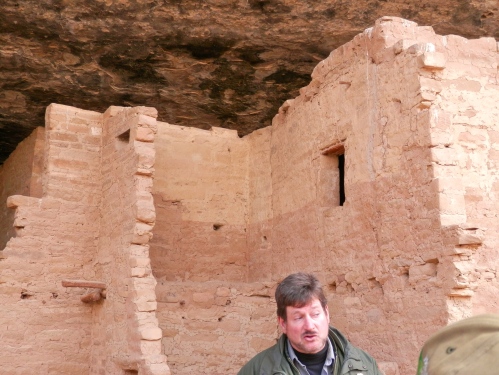 Sean expounds at the ruins. Behind him you can see the remnants of yellow and red paint on the dwelling walls.

Sean was able to answer questions on any subject. Park history, natural history, geologic formations, botanical questions about trees and plants. He was quite the font of knowledge.

Mesa Verde National Park included lots of landscape around the ruins. This beautiful mesa is sacred to the native people of the Southwest. 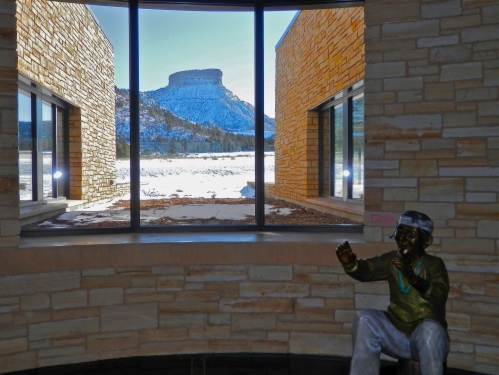 The beautiful Visitor Center, with the sacred Mesa Verde in view.

The gorgeous, brand new (it opened 7 weeks before we visited) Visitor Center was built to be as environmentally friendly as possible and highly respectful of the places Native Americans hold as precious. 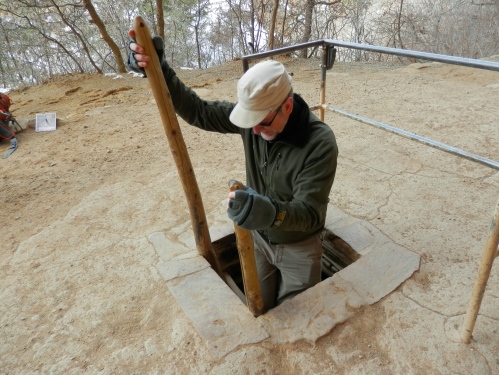 We climbed down into a kiva, a room with a fire hole and a sipapu, a portal where spirits rise from one world to the next.

Mesa Verde manifests, for the visiting Easterner, compelling echoes of the past while presenting the spirituality of one of the most gorgeous places in the American West. Does that sound a little like a National Parks brochure? Maybe, but it’s all vividly true! 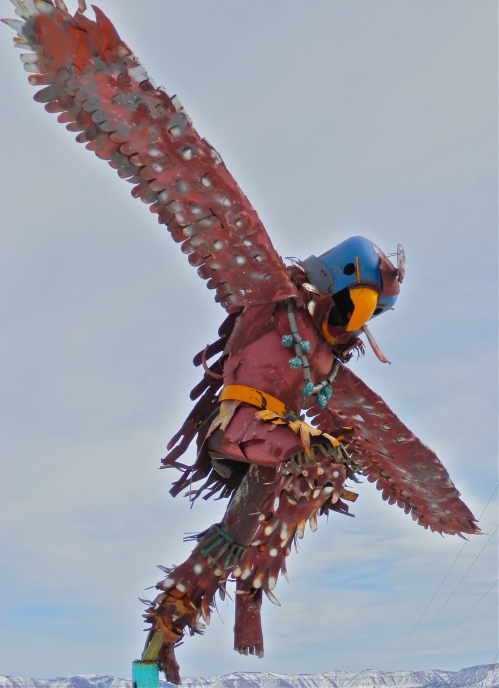 A modern metal sculpture in the desert near Mesa Verde.